I’ve been a dreamer all my life...

I believe that dreaming, whether awake or asleep, comes from a place deep inside each of us.

Sparked by passion, unconscious wishes or a desire to achieve something special in life. 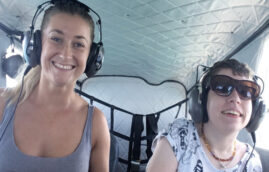 I’m living my own dream, and learning to fly in life.

Boccia has and continues to be my sporting passion.  I started playing boccia when I was 10.  From the first time I got on court I knew I’d found a sport for me.  Suddenly I could take part, be equal to other athletes and be competitive.  Boccia was something I could do. 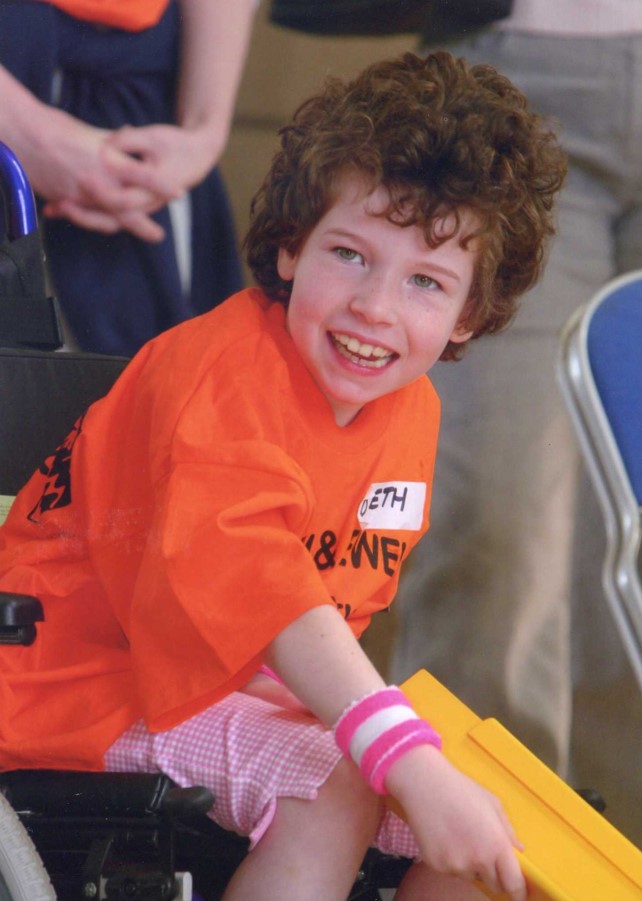 Starting out in boccia

Initially, my hands were so small I couldn’t even pick up a ball so I started as a ramp player. However, from the earliest stage I was determined to throw.  By my first competition I was classified as a BC2 thrower, something I would ‘grow into’.  I never did grow into this classification as I continually dropped the ball due to poor grip. Eventually, I was reclassified as a less able BC1 athlete at the age of 18 and suddenly made it to the England squad.

Unfortunately in January 2016 overnight I had to stop throwing.  This was 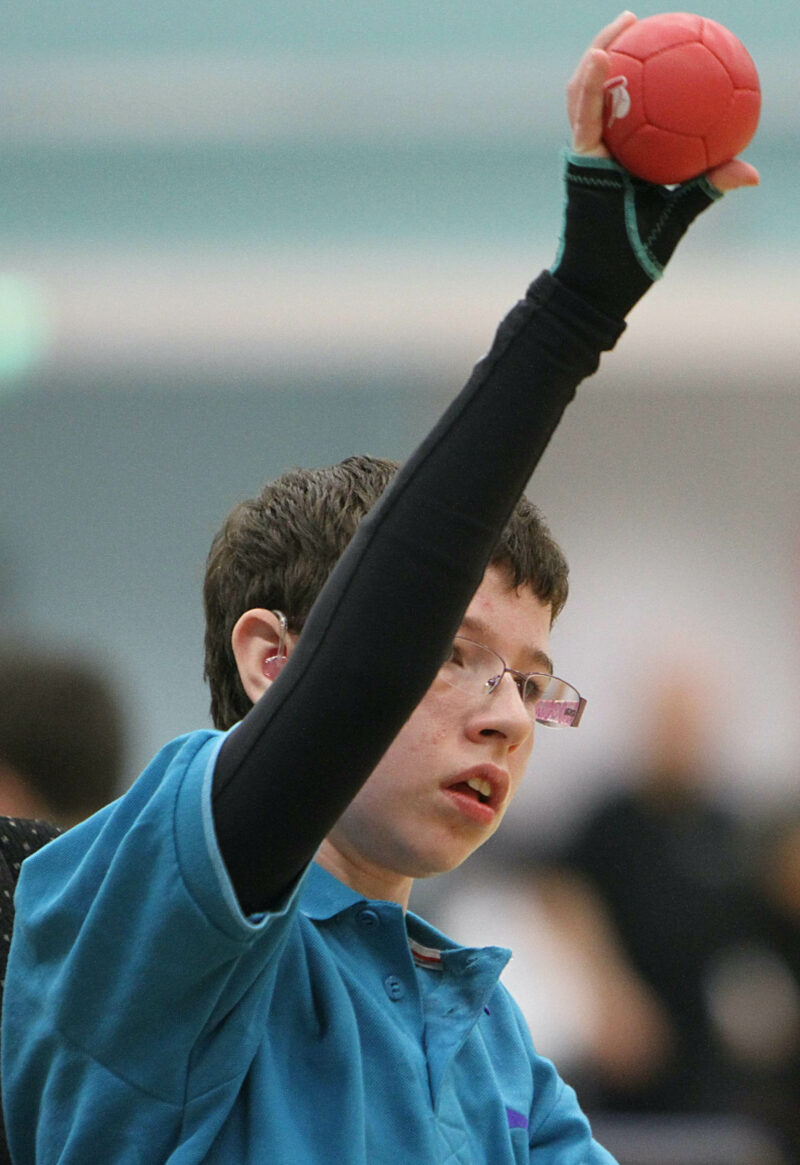 caused by a combination of overheating when wearing skins for support (shorts, top, and gauntlet) and finding after wearing them for years to play I no longer had the unaided ability to grasp or lift a ball.  For me, it meant my overall muscle control and strength had deteriorated because I had relied on the skins to help control my Cerebral Palsy, reduce involuntary movement, and allow me to play and train for longer.

Losing part of my identity

This was a catastrophe, I was no longer part of the England squad, no longer a thrower, and felt I had no part within the boccia world. For someone who had trained several times a week, had a full life balancing university and sport I was at a loss.  How did I fill my time, what did I do? I was no longer seeing friends at competitions and camps, and life was challenging.

Beginning my BC3 journey

In May 2016 I was confirmed as a BC3 ramp player.  From there began what has felt like a long and slow journey back to feeling I am in sight of my dream again. I had to start at the bottom in regional competitions and work my way back up through the ranks.  However, I still hoped to one day represent my nation at the Paralympics and gain a podium place.  In 2020 I am delighted to have been selected as part of the UK World Class Programme with every chance of going to Tokyo.

There are huge differences between being a thrower and a ramper.

As a BC1 I was allowed an on-court assistant who could pass me the ball. However, as a thrower I hadn’t realized until I could no longer take part just what a sense of independence I had felt when training and competing.  How I sat in my chair, held, released, and propelled (threw) the ball was completely in my control.  If I did well, or poorly, or violated it was my own responsibility. 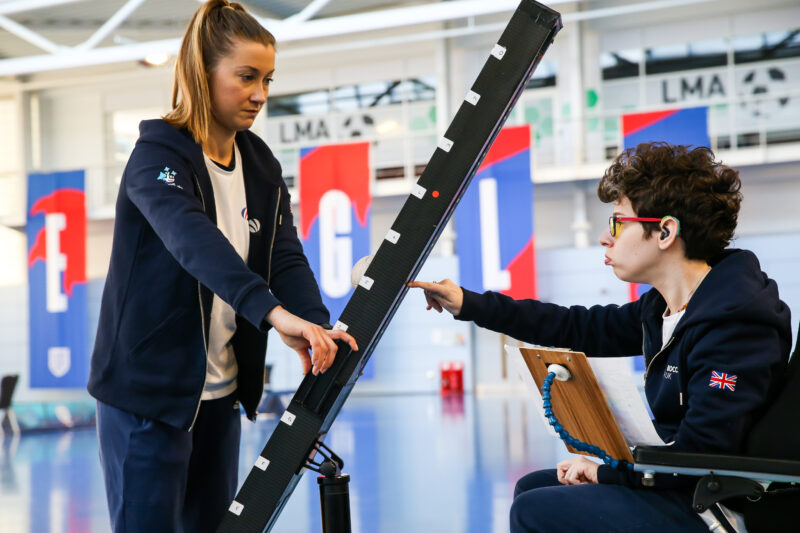 Suddenly as a BC3 I have a sports assistant who under my complete direction moves the ramp to where I want it.  This is a completely new ‘ball game”, I still have control of my body and where the ball goes, and the shot I make, but, I am having to learn to work in a slick, seamless team with my assistant.

For those less familiar with the sport a BC3 Assistant is sometimes described as a robot.  In the game they sit or stand with their back to the court and they are not allowed to communicate. Sounds simple but that means no verbal or body language during a match.  Now, not only can I violate but so can my Assistant for any number of reasons.

I’ve learned the hard way that a good assistant can make (or break) your focus and performance.  The value of a great assistant is recognized now by the IPC and BISFED, they are skilled athletes in their own right, and when a BC3 athlete medals so do they.

As a BC1 I was in the classification for those throwers with the greatest physical challenge.  I could get a ball anywhere on the court, wearing skins, but my power was limited. Accuracy and pace are essential but the ability to smash a ball off-court is less likely (or for me it was). Instead, I relied on reading the game well and getting my balls closest to the jack.

As a BC3 I am learning a completely different game, the magic of line, pace, and POWER.  This means controlling the head, gaining momentum, and to look for ways to maximize every scoring opportunity.

Boccia at an elite level has stretched my communication skills and made me find new ways of communicating using AAC.  It hasn’t always been easy with video conferencing and group work especially during Covid using my communication device. But the result has been improving my relationship with my coach and the support team as we have discussed and worked through ways that support me as an AAC user. 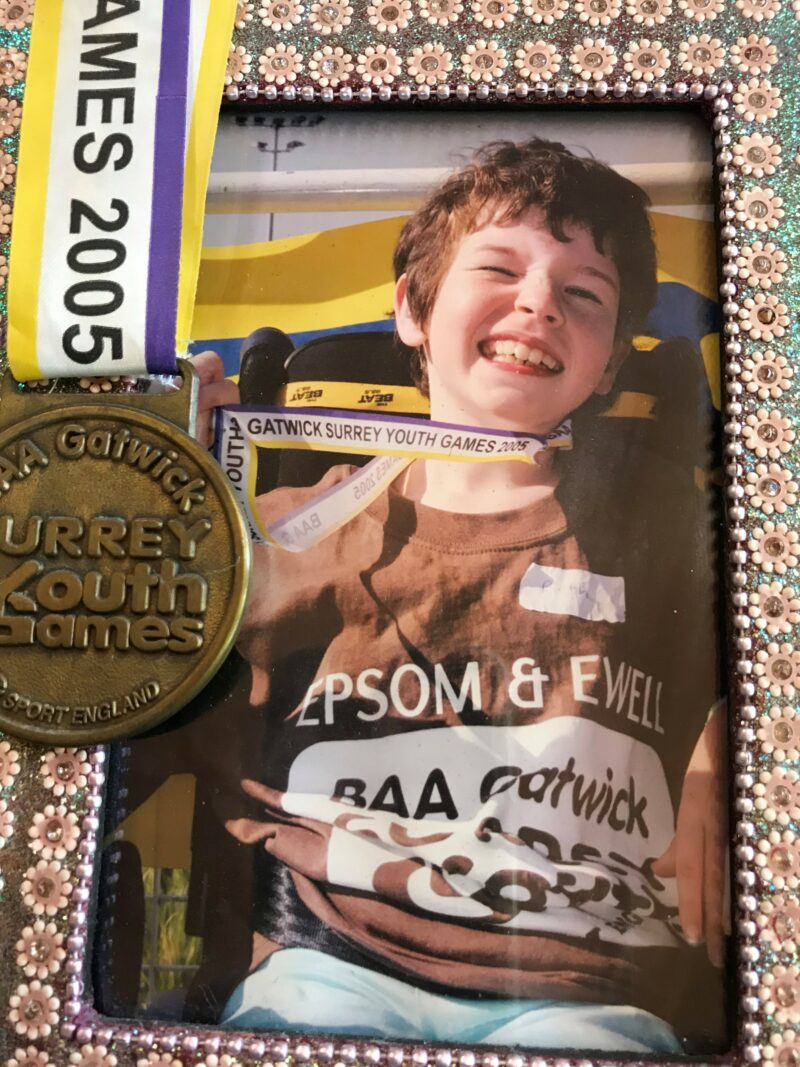 It isn’t just me – Thank you Christie!

Just as being a thrower and for years working on small gains to get to the top I now find myself in the same position as a ramp player.  The difference now is the small gains come not just from me and managing my body but also from how I use the right equipment. In addition, how well-practiced my assistant and I are together.  Moving into the new classification has been challenging but exciting. I’ve built a great relationship with Christie, who is my sports assistant, and without her I wouldn’t be where I am today.

And, thank you to others too

I’m grateful to Kingsley Napley LLP for their sponsorship and to UK Boccia Federation for the amazing support to get to where I am today.

Boccia England is the National Governing Body in England with grassroots through to elite programmes.

You can also check out my blog posts on communication, boccia and physical well-being

Specific posts that talk about my boccia journey include:

Am I good enough

Packing for the Paralympics

Levelling up the playing field

So much more than boccia

If you found this interesting or
helpful please feel free to share.

Sign up here to receive email notifications of new posts.

Epilepsy Safe Mode
Dampens color and removes blinks
This mode enables people with epilepsy to use the website safely by eliminating the risk of seizures that result from flashing or blinking animations and risky color combinations.
Visually Impaired Mode
Improves website's visuals
This mode adjusts the website for the convenience of users with visual impairments such as Degrading Eyesight, Tunnel Vision, Cataract, Glaucoma, and others.
Cognitive Disability Mode
Helps to focus on specific content
This mode provides different assistive options to help users with cognitive impairments such as Dyslexia, Autism, CVA, and others, to focus on the essential elements of the website more easily.
ADHD Friendly Mode
Reduces distractions and improve focus
This mode helps users with ADHD and Neurodevelopmental disorders to read, browse, and focus on the main website elements more easily while significantly reducing distractions.
Blindness Mode
Allows using the site with your screen-reader
This mode configures the website to be compatible with screen-readers such as JAWS, NVDA, VoiceOver, and TalkBack. A screen-reader is software for blind users that is installed on a computer and smartphone, and websites must be compatible with it.

We firmly believe that the internet should be available and accessible to anyone, and are committed to providing a website that is accessible to the widest possible audience, regardless of circumstance and ability.

To fulfill this, we aim to adhere as strictly as possible to the World Wide Web Consortium’s (W3C) Web Content Accessibility Guidelines 2.1 (WCAG 2.1) at the AA level. These guidelines explain how to make web content accessible to people with a wide array of disabilities. Complying with those guidelines helps us ensure that the website is accessible to all people: blind people, people with motor impairments, visual impairment, cognitive disabilities, and more.

This website utilizes various technologies that are meant to make it as accessible as possible at all times. We utilize an accessibility interface that allows persons with specific disabilities to adjust the website’s UI (user interface) and design it to their personal needs.

Additionally, the website utilizes an AI-based application that runs in the background and optimizes its accessibility level constantly. This application remediates the website’s HTML, adapts Its functionality and behavior for screen-readers used by the blind users, and for keyboard functions used by individuals with motor impairments.

If you’ve found a malfunction or have ideas for improvement, we’ll be happy to hear from you. You can reach out to the website’s operators by using the following email

Our website implements the ARIA attributes (Accessible Rich Internet Applications) technique, alongside various different behavioral changes, to ensure blind users visiting with screen-readers are able to read, comprehend, and enjoy the website’s functions. As soon as a user with a screen-reader enters your site, they immediately receive a prompt to enter the Screen-Reader Profile so they can browse and operate your site effectively. Here’s how our website covers some of the most important screen-reader requirements, alongside console screenshots of code examples:

We aim to support the widest array of browsers and assistive technologies as possible, so our users can choose the best fitting tools for them, with as few limitations as possible. Therefore, we have worked very hard to be able to support all major systems that comprise over 95% of the user market share including Google Chrome, Mozilla Firefox, Apple Safari, Opera and Microsoft Edge, JAWS and NVDA (screen readers), both for Windows and for MAC users.

Despite our very best efforts to allow anybody to adjust the website to their needs, there may still be pages or sections that are not fully accessible, are in the process of becoming accessible, or are lacking an adequate technological solution to make them accessible. Still, we are continually improving our accessibility, adding, updating and improving its options and features, and developing and adopting new technologies. All this is meant to reach the optimal level of accessibility, following technological advancements. For any assistance, please reach out to